The trick to manifesting money fast that works every time 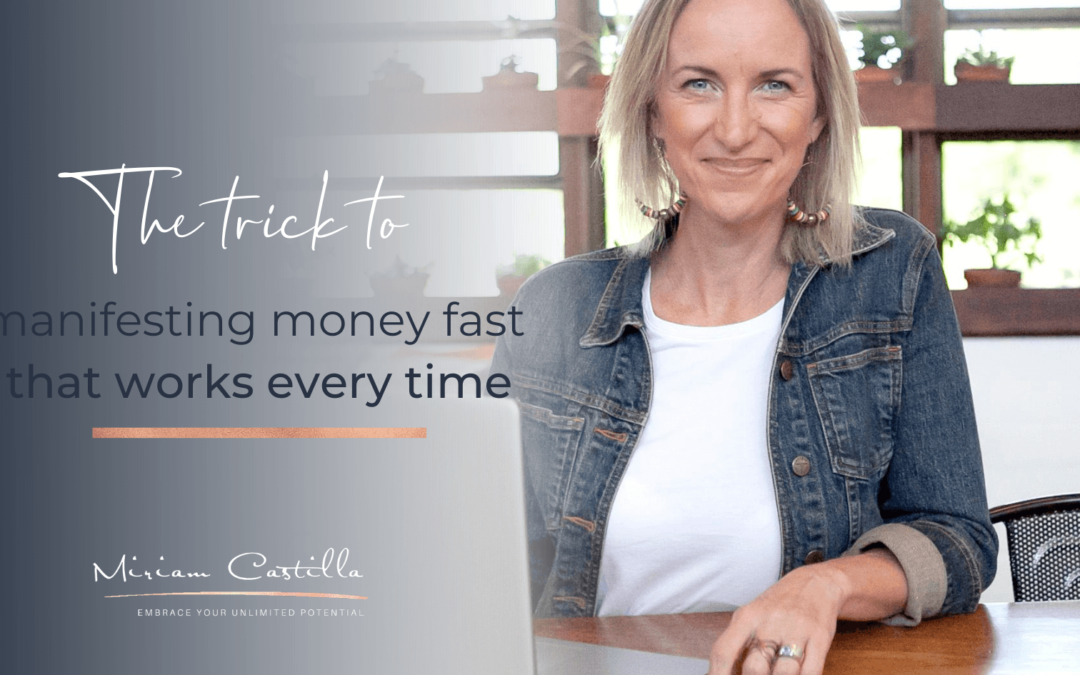 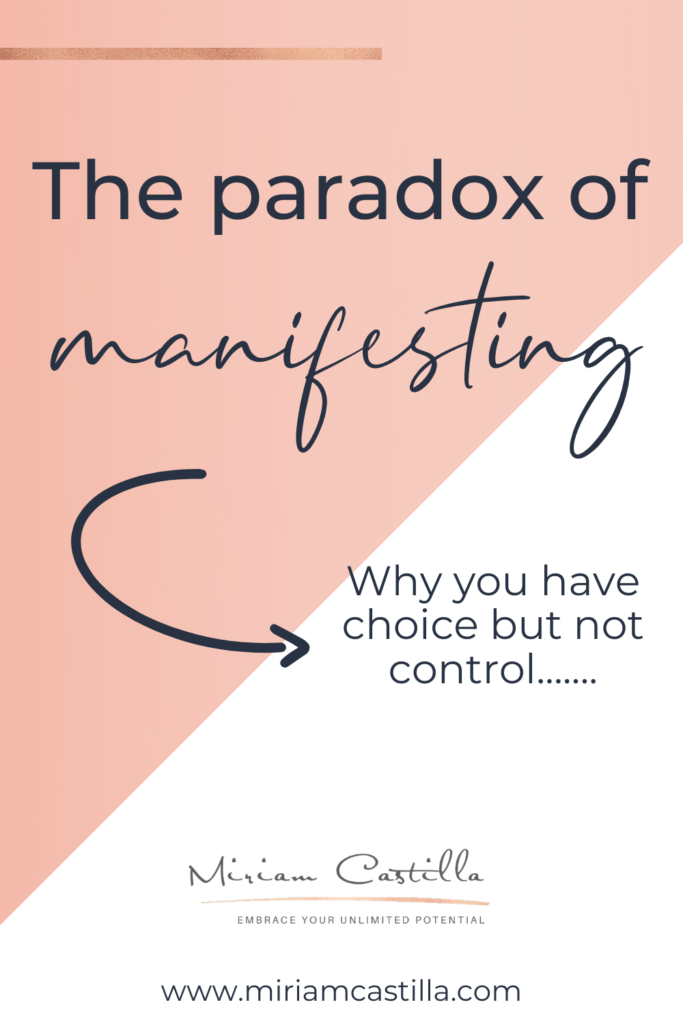 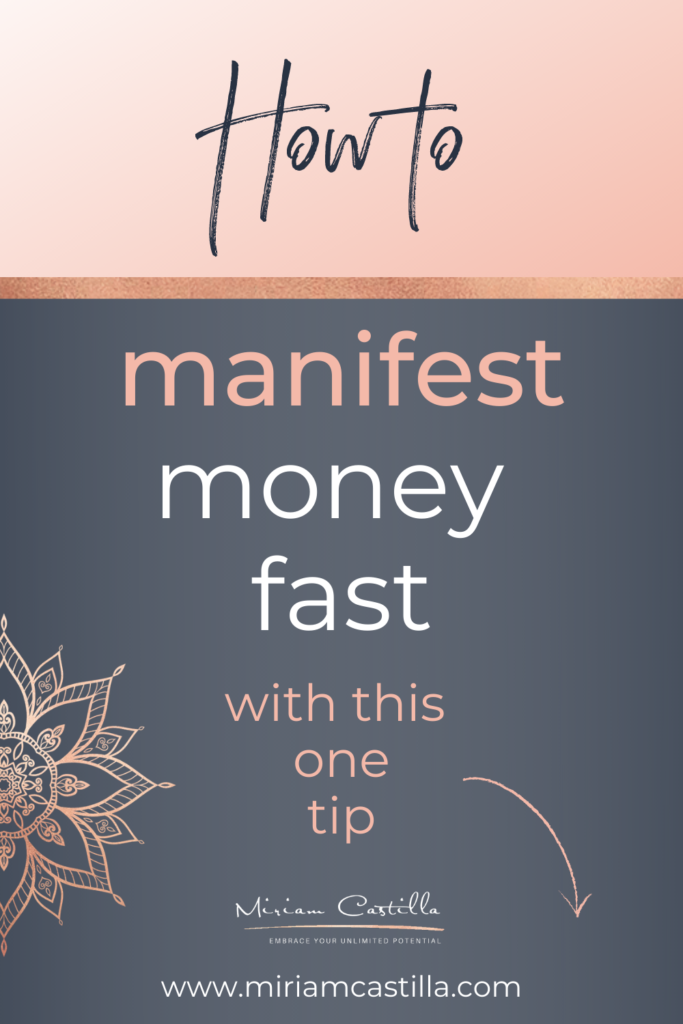 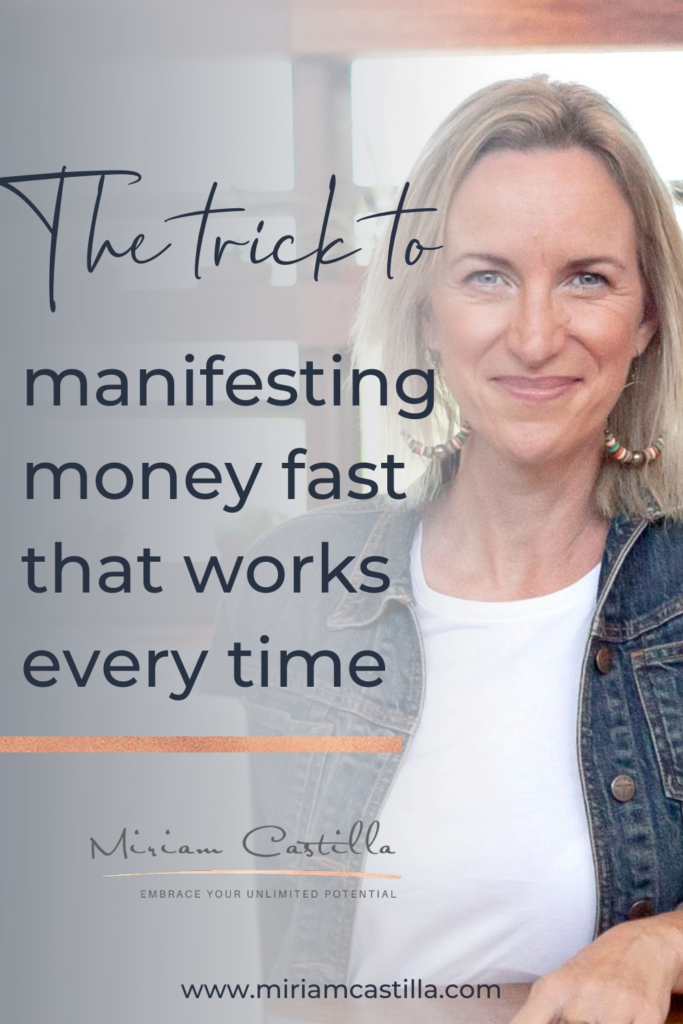 Let’s talk about the trick to manifesting money fast that works every time.

This is so counterintuitive to what most people think and do, that they get it all wrong. They screw it up.

But you’re about to find out what it is and how it works, so stick around.

Let’s start by asking: Is manifesting money fast even possible?

LISTEN TO THE AUDIO:

Time is just a manmade illusion because all possibilities actually exist all at once.

So yes, anything is possible… including manifesting money fast.

You may be wondering, then why do people find it so hard?

The universe always responds, you get what you expect.

And so that’s the first key to manifesting money fast.

To actually believe it’s possible in the first place.

Think about it, when you expect something, you get ready. You take action, just as if you’re expecting a visitor to come and stay with you. You prepare, you get the guest room ready, you make sure they have clean linen, that they have fresh towels, you plan on what you’re going to do together and you make sure you’re actually home when they arrive.

And you need to do the same with money.

If you just believe it might be possible, and you’re sort of hopeful, but you really doubt that it will happen at all, then what you’ll do is you’ll sit back and wait and see what happens.

What then happens is you end up in a stalemate with the universe where you’re waiting for it and it’s waiting for you.

You’re waiting for it to show you the money and it’s waiting for you to actually show up and prove that you expect it.

So taking action that demonstrates that you actually really expect it to happen is incredibly powerful.

That does not mean I want you to go out and sign a contract for a $5 million house or a new Ferrari.

I want you to do everything that you can possibly do before the money has to show up. Every single thing that you would do if you knew without a shadow of a doubt that that money is going to arrive.

Start by going for a test drive or going to some open inspections. Don’t just do it as some little token gesture – a little throw-away crumb to the universe so it can give you what you really want.

Actually do it from that place of “the money’s coming, I’m getting ready.”

Now that you actually believe it’s possible and you’re expecting it – or at least you’re pretending to for now – what next?

Here it is, the thing you’ve been waiting for, the trick to manifesting money fast that works every time.

You really need to find a place within you, where whether it happens or not, there’ll be no disappointment.

But when you’re doing that, you’re actually just getting in the way of the universe.

And what you’re really doing is you’re showing your expectation that it may not happen. You’re throwing a whole lot of resistance in the mix, and your vibration starts to turn towards “it’s not here and I really wanted to be here. So I’m going to make sure it comes because it’s not here. And have I mentioned that it’s not here??”

So guess what do you then do? That’s right, you get in the way and block the flow.

What we need to do here is get you distracted and busy with something else, so the universe can actually do its job.

You might not be able to decide exactly the moment that it shows up but it’ll be there.

And so you really need to get to that place of expectation, just as you do with the mail being delivered or the sun rising tomorrow. You just need to detach – it is not your work to figure out how to make it happen.

You have a choice in how you behave, act, think, feel, what you do and every single moment… that determines what you get.

But you do not have control over exactly how that all comes together, and exactly how and when it’ll drop into your lap. So that’s the kind of level of detachment you want to get to. You want to get to a ‘Yeah, of course, it’s totally coming and almost forgot it was coming because I’m so busy with everything else,’ state.

This is the paradox of manifesting. Choice but not control.

You can’t make it come fast, but you can allow it to come.

The level to which you’re able to allow determines how fast that comes.

This is what it means to live in a place where you don’t worry about money, where you just allow it to flow and that allows it to flow in ever-increasing amounts.

BEFORE YOU GO:
Let me know in the comments – WHICH of the keys I cover do you know you can improve upon? Which one challenges you? Where can you improve to help you start enjoying Law of Attraction success and be able to manifest money fast?

Until I see you next, remember it’s time for you to embrace your unlimited potential. 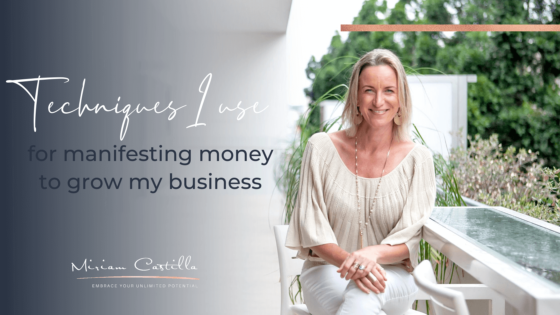 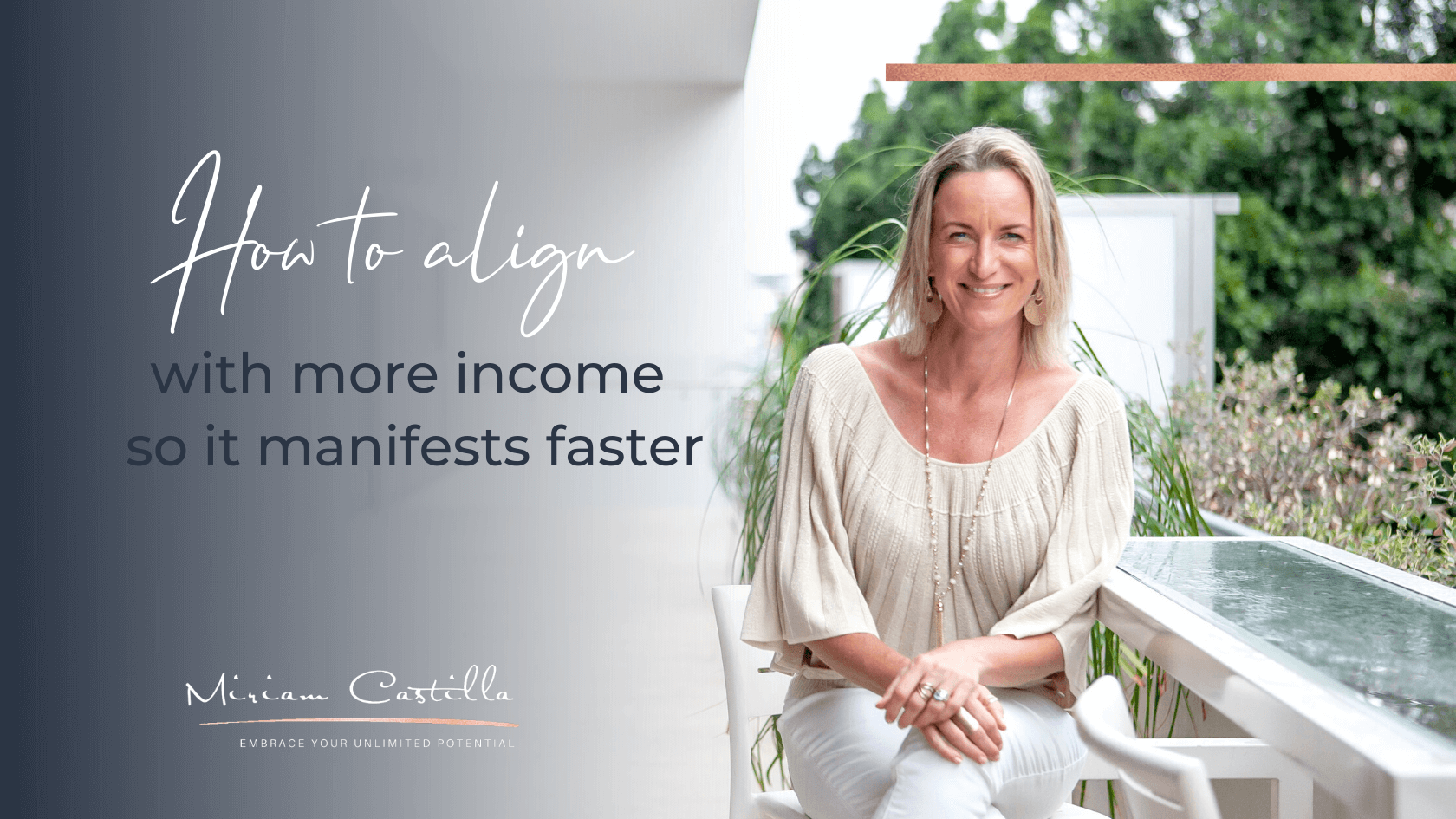 Techniques I use for manifesting money to grow my business
Click here: https://miriamcastilla.com/084-manifesting-money/

How to align with more income so it manifests faster
Click here: https://miriamcastilla.com/081-align-with-more-income/