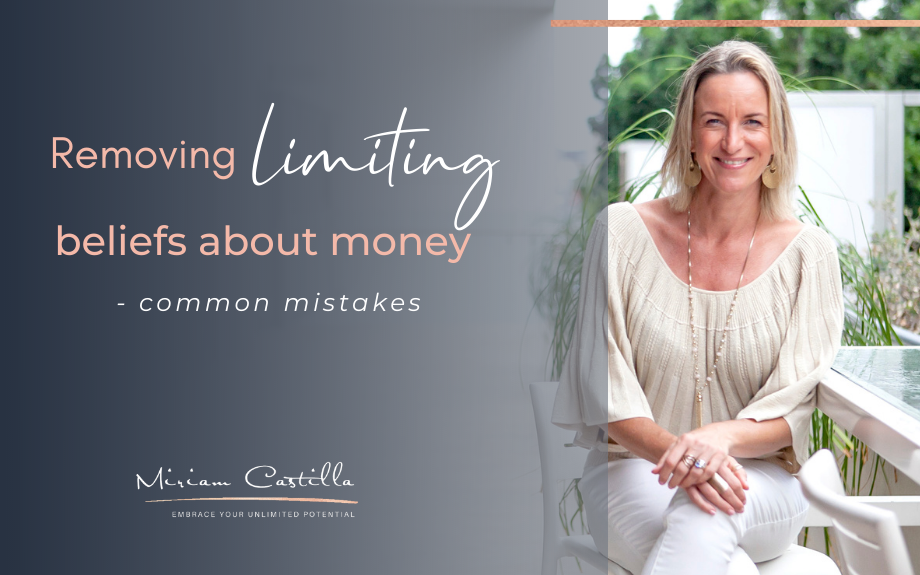 The bad news is that you have limiting beliefs about money. Lots of them!

I do too. Actually we all do. Even Oprah has limiting beliefs about money – because she’s human.

Let’s talk about the good news, shall we?

The good news is that removing limiting beliefs about money can actually be super simple and easy.

So in this episode we’re going to talk about the three most common ways that people get it wrong when it comes to removing limiting beliefs about money.

And we’ll talk about why the simple and easy approach is actually also a lot more effective.

Like everyone, I’ve had and still have my fair share of limiting beliefs about money. We all have them. The thing is, are they getting in the way of us having the life and the abundance and the amount of money that we want or not?

Like most people, when I first realized that it was my own negative thinking that was the biggest obstacle to me having all the abundance and joy and success that I wanted, I also got worried, like REALLY worried!

And so I started to dedicate myself to doing all I could to clearing those limiting beliefs and removing those money blocks and obstacles.

To be honest, I became totally obsessed with doing my mindset work.

I was doing affirmations, making vision boards, I journaled and I visualized. I did everything. I was a total mindset junkie and I went to every seminar I could possibly go to and read every book I could read.

But I soon figured out that the harder I tried, the more difficult it seemed to get. I was stuck, spinning on a hamster wheel. And eventually I decided I really needed to take a different approach. And so I completely changed my approach to my money mindset work and to removing limiting beliefs about money.

And it really, really worked. It was like the floodgates opened and suddenly everything became easy.

That’s when I went from being a single mum on welfare to building my own business in finance. It took off, I won awards, I had a leveraged multiple six figure income, I bought the house of my dreams, a beachfront apartment and other investment properties, started traveling the world, got paid to speak and still get paid to speak on the stages of some of my heroes and mentors.

My life changed quite drastically.

And what’s more, I’ve sharing these practices and everything I learned with my students and also help them create really abundant and joyful lives and businesses so they can show up and fully be all that they were born to be. And we do it the simple and easy way.

So in this episode, I’m going to share with you the top 3 mindset traps people can fall into when it comes to removing limiting beliefs about money.

Having a giant daily checklist of mindset practices you feel you have to do before you’re even allowed to start your day.

What you’re doing there when you put that giant checklist between you and the abundance you want, you’re telling yourself that you have to work really hard to get what you want and that the more you do, the more you get in return.

And that’s kind of the opposite of what we’re looking to do.

The second way that people get in their own way is they get really addicted to mindset work.

I have a very unladylike saying around that and it basically goes “Don’t go digging in your crap just for the sake of it – you’ll just come up smelly.”

If you start consistently looking for limiting beliefs, then spend time working on clearing them, then look for more, you’re going to keep finding more and more and more. It’ll take up all your time and focus.

Worst of all, you will convince yourself that you are broken, that there is something wrong with you, and that you cannot have the abundance you want until you’ve sorted this stuff out.

So those are the first two ways most people put a block on allowing abundance to flow to them.

There is a third one I want to share with you which is actually the biggest mindset trap of all.

But first I want to know, of the couple I’ve just talked about, which resonates with you?

Please share it with me in the comments below.

Now… let’s talk about the number one way that people get themselves in trouble and keep themselves stuck with their actual mindset practices.

It’s simply that they do not allow themselves to graduate energetically to the next level.

Here’s how it shows up:

When you first start on this journey, you know, you start to look for the evidence of abundance that’s all around you and you celebrate all of it. And that’s great.

But eventually you need to graduate from going, “Oh my God, that’s so amazing! Somebody just paid me for my work“, to feeling quite comfortable and normal about it.

That’s when you graduate and start look toward the next level of abundance.

Think about it…. Millionaire You (as I like to call it), that next more abundant version of you, would THEY run around the house yelling, screaming, and high-fiving everyone for a $100 sale?

They would acknowledge it. They would feel grateful, absolutely, because one of the keys to letting the money flow is to appreciate and acknowledge every cent.

But it’s the WAY you do it.

If you treat it like it’s some big unexpected windfall, then that’s energetically what you’re putting out there. But the abundant, ‘Millionaire You’ would go “I so appreciate every single cent. It all feels totally natural and normal, and I look forward to more”. 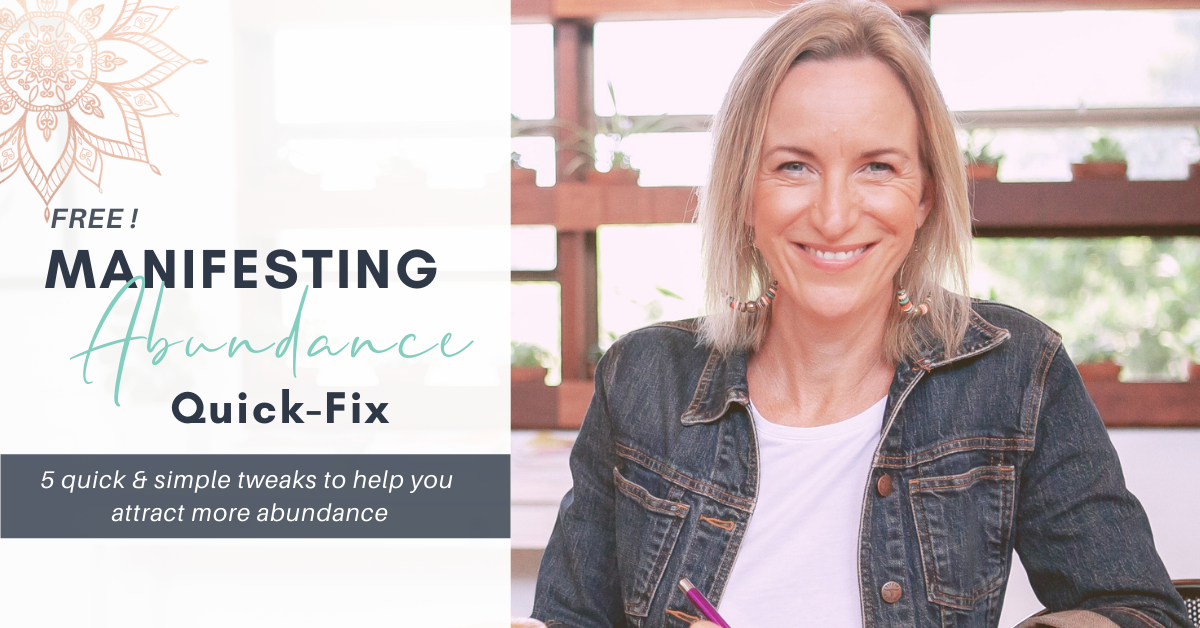 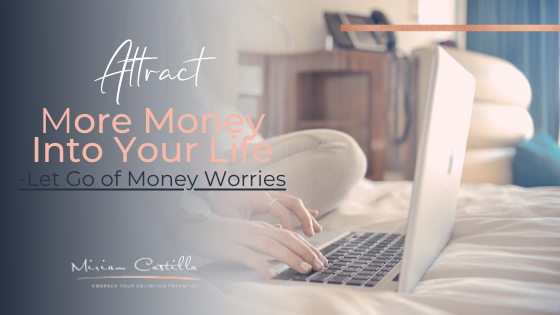 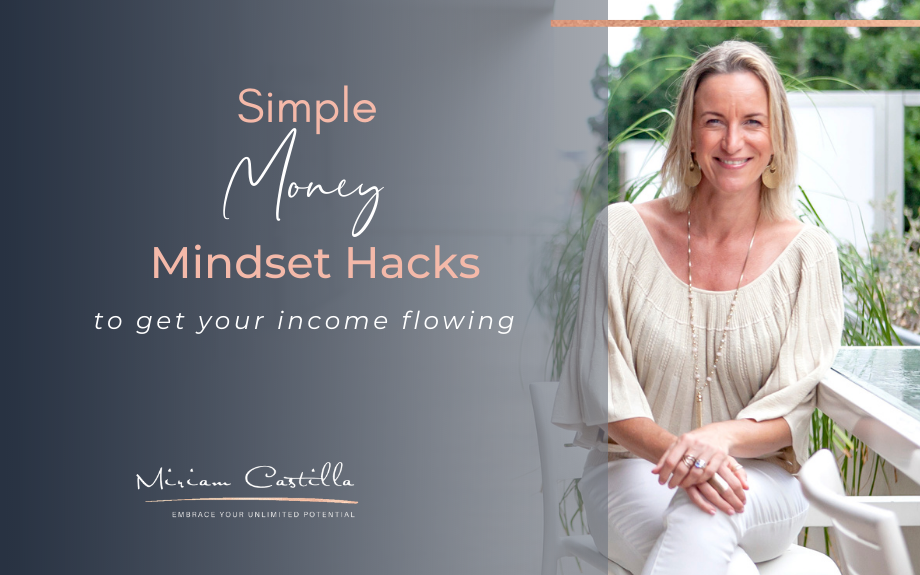