Will 2021 be the year EVERYTHING changes?

The year you FINALLY stop going round in circles, busting your ass for too little return?

The year you get CRYSTAL CLEAR on your strategy and business model?

The year you get the support & accountability you need to actually IMPLEMENT & BUILD IT?

You’re a smart woman who’s got what it takes, but you also know that a deep internal shift needs to happen before you can fully step into your millionaire self.

You know that 6-figure+ businesses are run by women

with RESILIENT MINDSETS who actually IMPLEMENT their business strategies.

By now, you’ve done all the courses… and they’ve helped you get this far.

What you need now is to MAKE A COMMITMENT to the vision you have for your business & life.

Because you know that with the RIGHT PLAN, plus the accountability & support you need to EXECUTE IT and actually stick to it, you can absolutely get there! 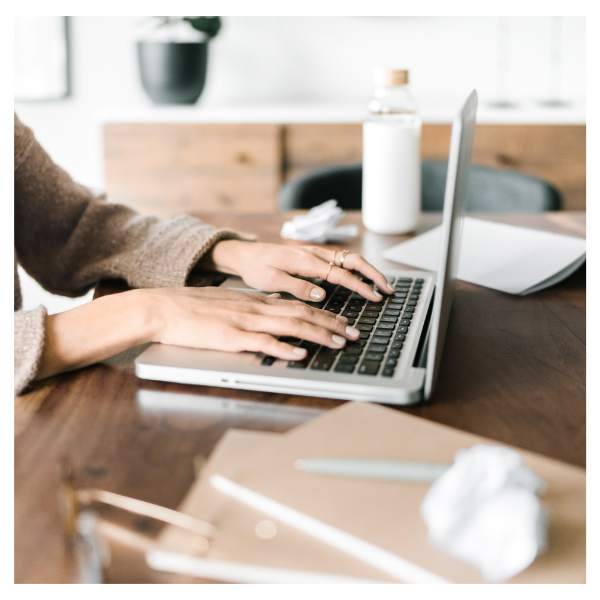 You have the basics sorted… but what happens next?

How do you create a sustainable, aligned business that can give you a consistent 6 Figure+ income?

You’ve tried the DIY approach, and you’ve tried working with this coach and that coach in fits & spurts.

… but you never really got momentum going.. and your mindset kept getting in the way

So you know it’s going to take more than that.

Because let’s be honest.. on your own, you simply can’t generate the DISCIPLINE it takes to get there

… and you’re sick & tired of letting procrastination & self-sabotage get in your way!

Truly successful business women commit to their growth and to building a business structure and a framework that can support increasing levels of income.

They don’t just do it for a week or a month.

They focus deeply and they surround themselves with people who can help them achieve their goals.

I’ve been teaching and applying these for over 12 years now – and they work. If you work them.

Includes everything in the Mastermind

+  Twice Monthly VIP Only Office Hours with Miriam - drop into my office to pick my brain & get extra support!

+  6x 1:1 Sessions with Miriam throughout the 10-month Mastermind

+  Guest Expert Laser Focus Calls - their eyes on YOUR business!

+  NOTE: Depending on your level of experience, you will be placed in either the 'Fresh Start' or the 'Evolving CEO' group. The Fresh Start VIP group is for those who are early on in their business journey or looking to significantly revamp their business.

UPDATE: The Evolving CEO group is now SOLD OUT.

VIP IS BY APPLICATION ONLY 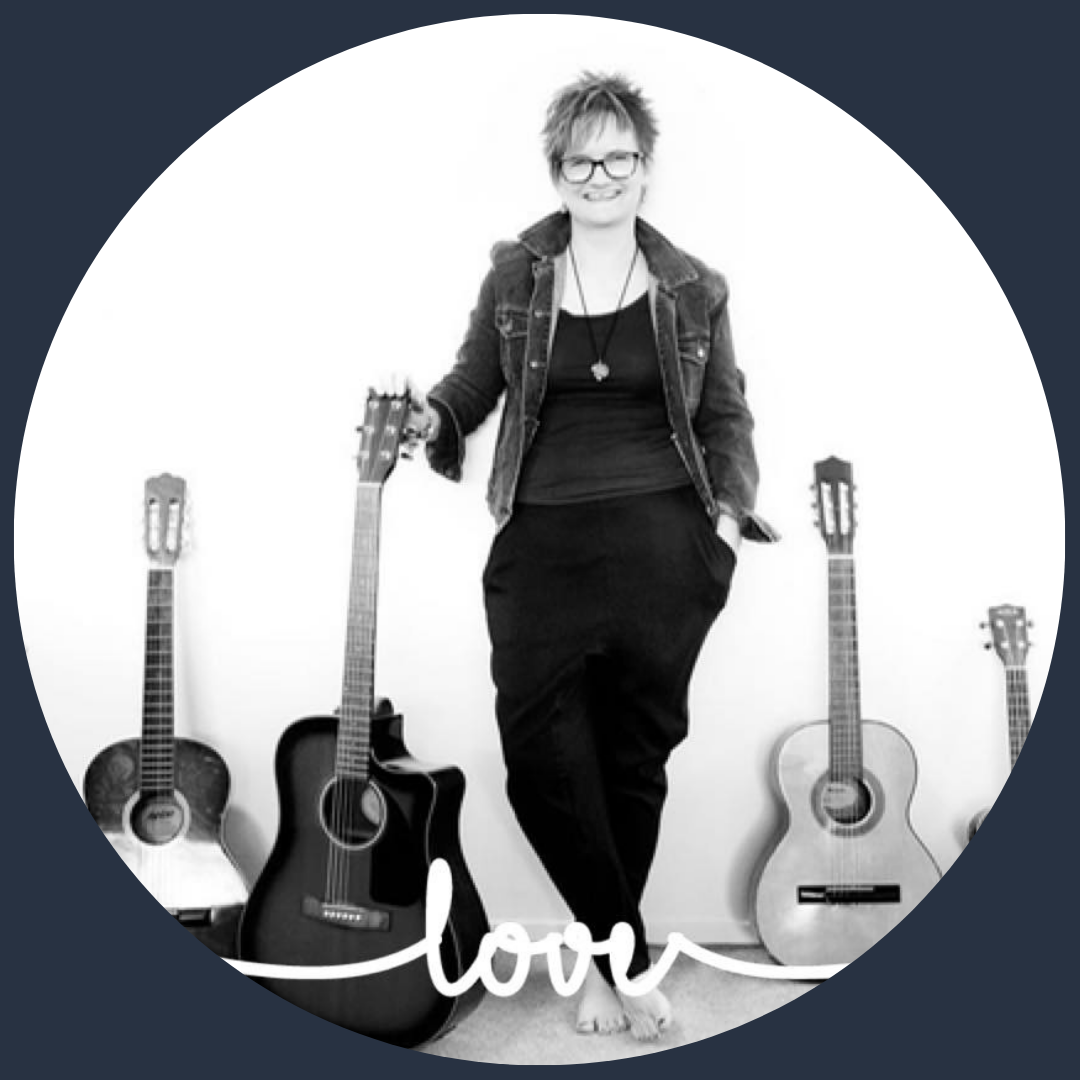 Working with Miriam is always new and exciting and committing to 2020 with her was a BIG commitment for me.

I had no idea really what was going to happen, but realising that by the end of the year I have completely changed how I view myself with my business has been such a great gift.

► A Business Mentor who has built TWO multiple 6-figure businesses out of thin air and will happily share the secrets & ‘behind-the-scenes’ details of EXACTLY how I did it.

► A Manifesting Mentor personally trained & certified by Mike Dooley (of ‘The Secret’) in his Infinite Possibilities Program who can show you how to leverage the power of the Universe.

► A Hypnotherapist who will help you rewire your brain & clear limiting beliefs so you finally get out of your own way.

► A former Finance Professional who understands money and has helped thousands of people take charge of their finances and can now help you feel empowered & in control of your money.

Many years ago, freshly divorced & having left my career in Engineering & Corporate Development to have children, I suddenly found myself to be a broke, single mum.

Things were bleak. There was even one day where I broke into tears at the supermarket because the bill was $10 more than I could afford.

You’d think that as a former fast-moving career woman I would know how to get my life back on track, but I felt totally lost.

I borrowed my friend’s copy of “The Secret” (I couldn’t afford my own) and started learning about the power of our thoughts.

Several years later I’d built a very successful multiple 6-figure business as a finance professional – but I still felt broke! How embarrassing! I was also an exhausted workaholic and had so much mother’s guilt, I thought I would burst!

I realized that it didn’t matter how much “text book” knowledge I had… I would ALWAYS feel broke & exhausted if I continued to be led by old self limiting beliefs , making daily decisions from a scarcity mindset, oblivious to the true power & abundance of the Universe around me and the riches INSIDE of me.

That’s when I got serious about learning what it takes to truly FEEL abundant, to ALLOW the money to flow and to have business feel EASY & FUN.

It took me nearly 12 years to finally understand that the secret to having it all is to combine the MAGICAL WITH the PRACTICAL – and throw in a good sprinkle of HYPNOSIS so the results become magnified and everlasting because you are making fundamental changes at the core level of your being where it really counts – in your unconscious mind.

When it finally clicked, I was able to leave the finance business to keep ticking over without me and went off to build a second multiple six-figure business the EASY and ALIGNED way.

This ‘formula’ is the Aligned Business Blueprint – a powerful combination of science, spirituality & practical know-how.

And in this Mastermind YOU are going to apply it to create YOUR perfectly aligned 6-figure & beyond business.

I’ve helped thousands of people change their financial situation and their lives for the better.

Discovering how to marry the magical with the practical has helped them step into their power and claim their abundance.

For the first time in their lives, they feel CONFIDENT about their ability to create an abundant & successful business – confident in themselves and their abilities, confident in their approach, in knowing what to do next and in being able to stay on track – even when things don’t go to plan or some doubt kicks in!

And they actually stick with it & manage to get the job done – rather than letting shiny object syndrome and indecision keep them stuck in the paralysis of analysis. 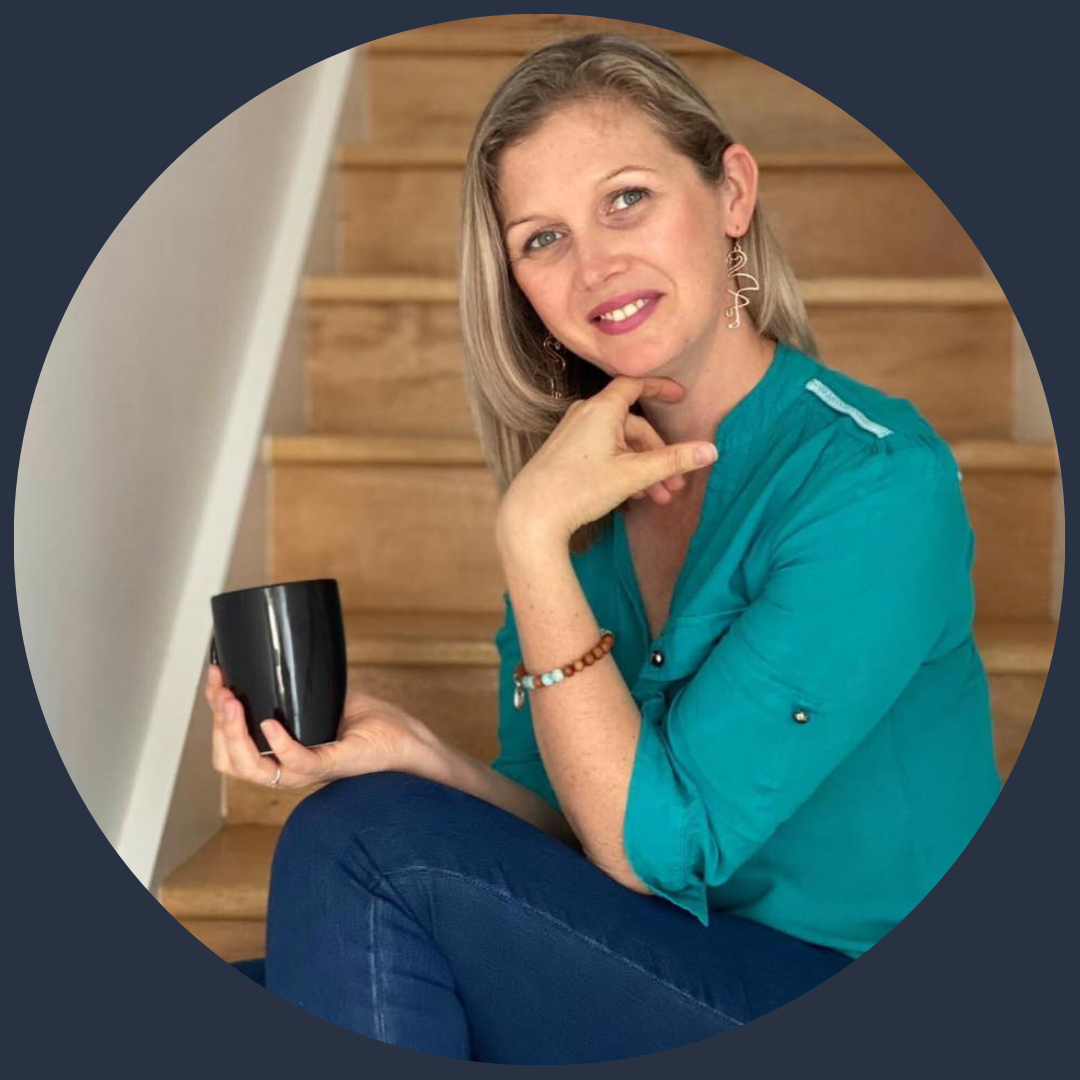 Being a part of Miriam’s Mastermind has totally transformed my business and my belief in what is possible for me.

Miriam created such an amazing and safe space to dive deeper into developing the mindset and energy state to set up my business for success. 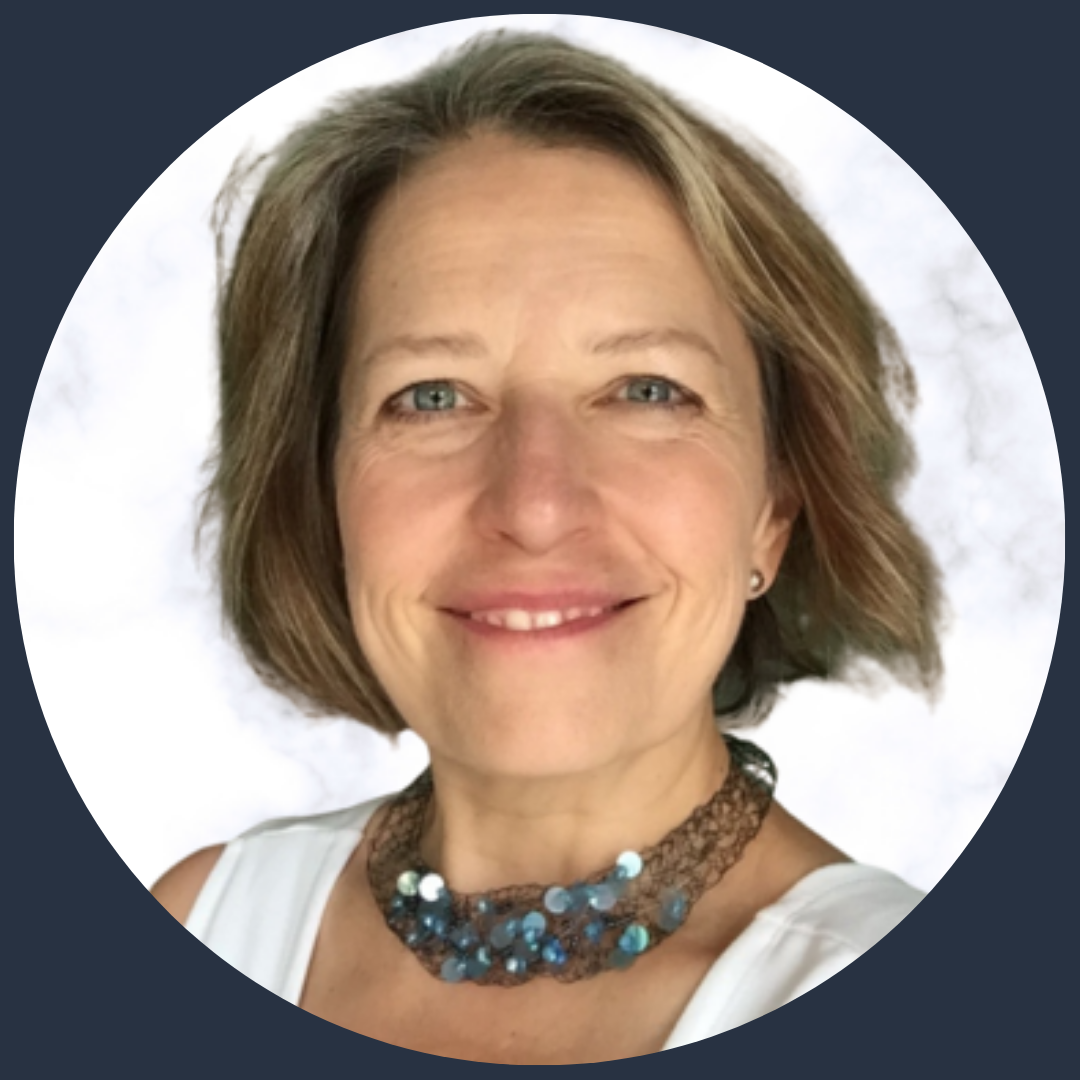 It’s hard to put into words the support and closeness that Miriam creates with her VIP Mastermind.

Each of us participating is there for each-other and Miriam creates a beautiful and safe environment in which we can share and process our deepest fears and celebrate our biggest successes.

It has been a beautifully rewarding 10 months in this year’s Mastermind and following up and building on the previous year, I can’t say enough about how invaluable this whole experience has been.

The Mastermind supports you completely

from February to November 2021

The Aligned Business Mastermind is for you if:

✔︎  You understand the basic principles of Law of Attraction and accept that your thoughts create your reality.

✔︎  You believe the Universe is infinitely abundant, you’ve manifested loads of great stuff so far but the REALLY BIG THINGS seem just out of reach.

✔︎  You’ve read a whole stack of self-help books and are constantly on the lookout for ways you can personally grow and expand.

✔︎  You are passionate about what you do and truly believe you have a much bigger potential that is not yet being realised..

like an invisible ceiling you haven’t quite been able to crack.

✔︎  You are ready to solidify the foundations of your business and scale and increase your income in a sustainable manner.

✔︎  You’ve decided that 2021 is going to be THE YEAR you experience a whole new level of success in your business and you want to never look back.

✔︎  You want your money to stick around and multiply on autopilot.

✔︎  You’re no longer willing to do it all alone.

✔︎  You’re ready to take full control of your future

✔︎  You’re 10x more likely to take inspired action when you’ve got a group of like-minded women on the same journey as you to hold you accountable.

✔︎  You’re reading this page thinking ‘YES!, I’m so ready to take my business 6-figures & BEYOND!” 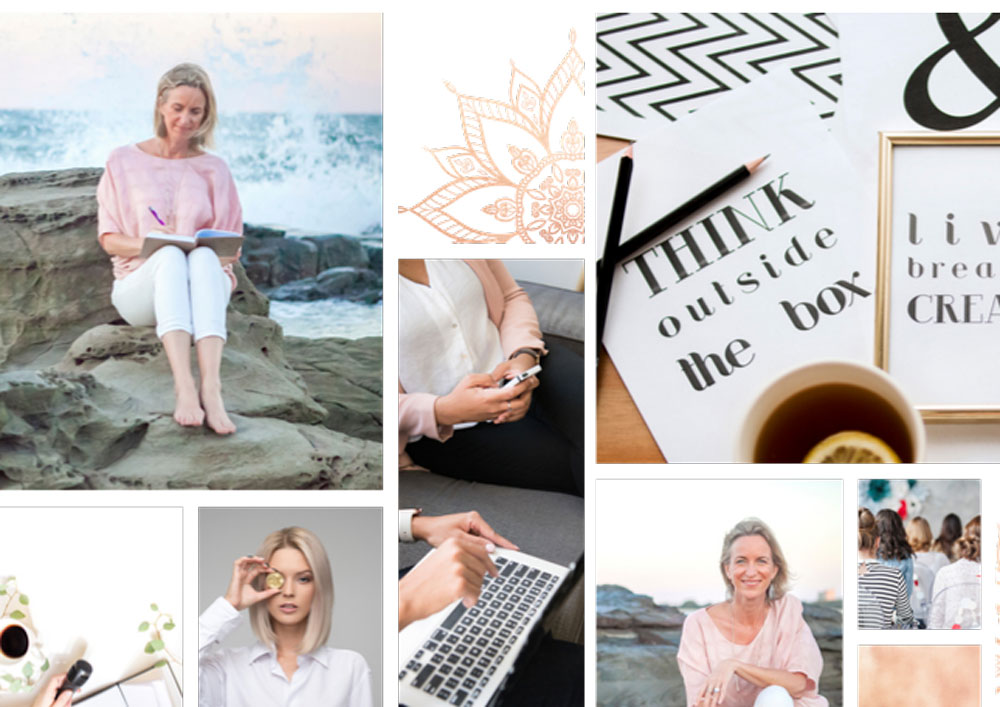 In our 10 months together you will:

► Create a bespoke blueprint for your unique and aligned 6-figure+ business, get it all mapped out and actually get it DONE!

► Showcase and promote your business by speaking LIVE at the Aligned Business Conference! (VIP ONLY) 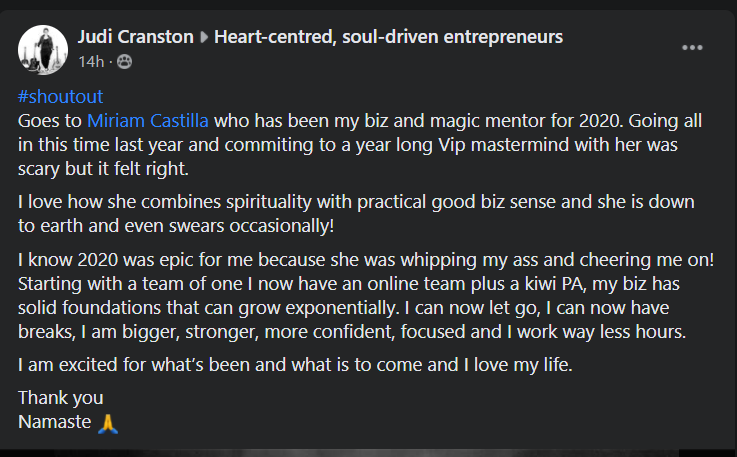 Includes everything in the Mastermind

+  Twice Monthly VIP Only Office Hours with Miriam - drop into my office to pick my brain & get extra support!

+  6x 1:1 Sessions with Miriam throughout the 10-month Mastermind

+  Guest Expert Laser Focus Calls - their eyes on YOUR business!

+  NOTE: Depending on your level of experience, you will be placed in either the 'Fresh Start' or the 'Evolving CEO' group. The Fresh Start VIP group is for those who are early on in their business journey or looking to significantly revamp their business.

UPDATE: The Evolving CEO group is now SOLD OUT.

VIP IS BY APPLICATION ONLY

► A mentor to help you develop and implement a business strategy that’s uniquely suited to you.

► A group of like-minded peers to bounce ideas off, so you can stop second-guessing your every move & get instant feedback.

► A skilled practitioner who can help you rewire your brain and clear unconscious blocks.

► Mastering the art & science of programming the Universe so you can get what you want.

► Steady guidance and powerful tools for maintaining energetic alignment so that Law of Attraction can continue to bring you what you want.

These are the essential ingredients for creating 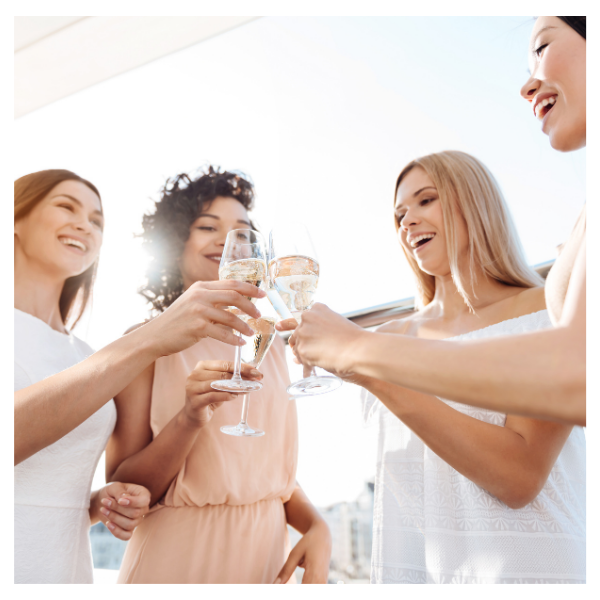 The Aligned Business Mastermind is for you if you are:

√  Fully committed to building your business to 6-figures & beyond

√  Keen to show up, own your results & do the work

√  Willing, ready and able to commit 2020 to this Mastermind and the task of creating the foundations for your Aligned 6-figure+ business

√  Keen to generously support & encourage others in their growth & success

√  Ready to be honest, vulnerable and to dig deep so you can create the life your soul is crying out for

√  A woman who wants it all, is longer afraid to ask for it & knows it’s possible – you just have to figure out exactly how 🙂 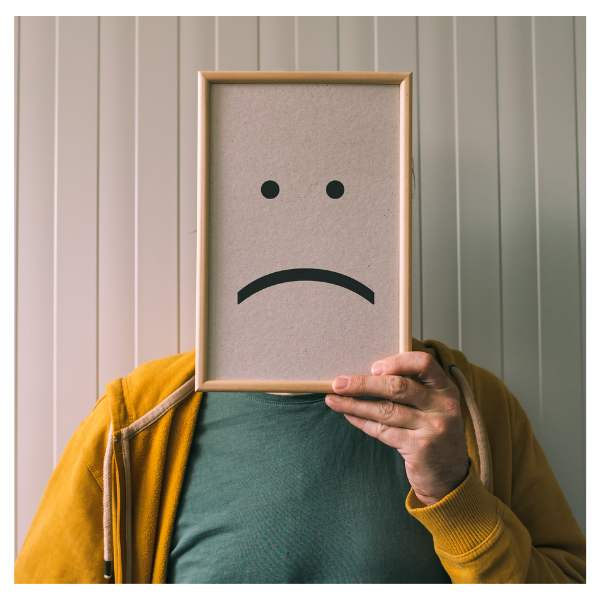 This is definitely not for you if:

X  You are not ready to look deep within yourself

X  You are not willing to be open, honest & vulnerable

X  You’re unwilling to step outside your comfort zone

X  You’re not willing to do the work

X  Your business hasn’t even started yet & you don’t know what you want to do.

Note: If you’re in early stages of business, the ‘Fresh-Start’ VIP group is PERFECT for you. Just book a call for a chat with me to confirm your best option and whether this Mastermind is suitable for you.

All prices in AUD

VIP By Application Only