The 3 biggest blocks to attracting a 6-figure business 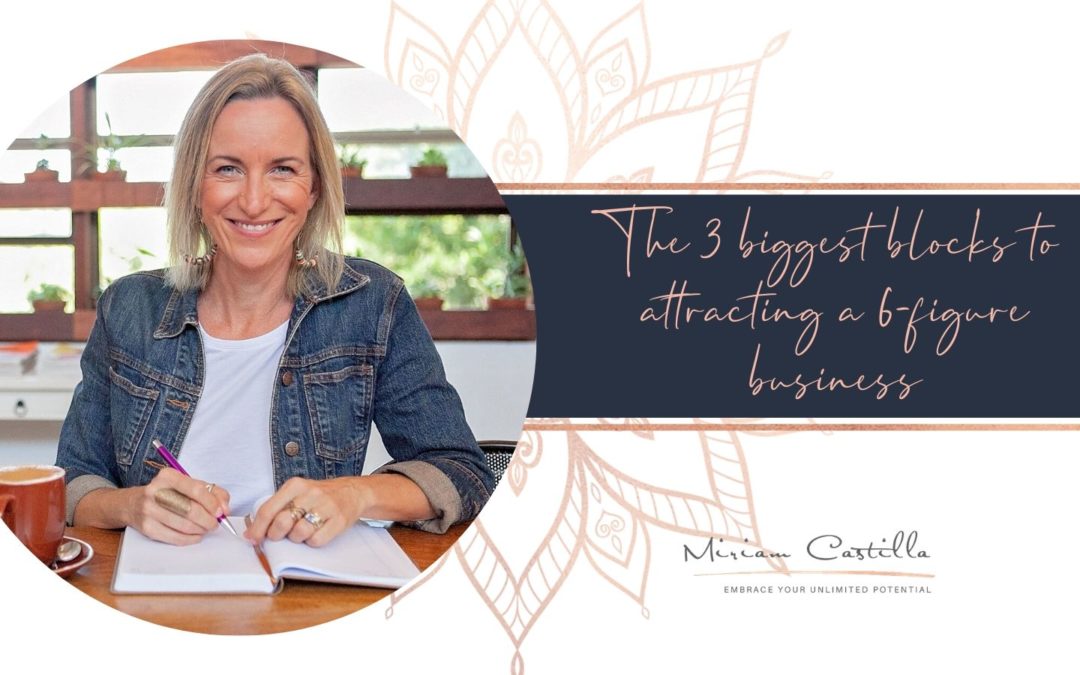 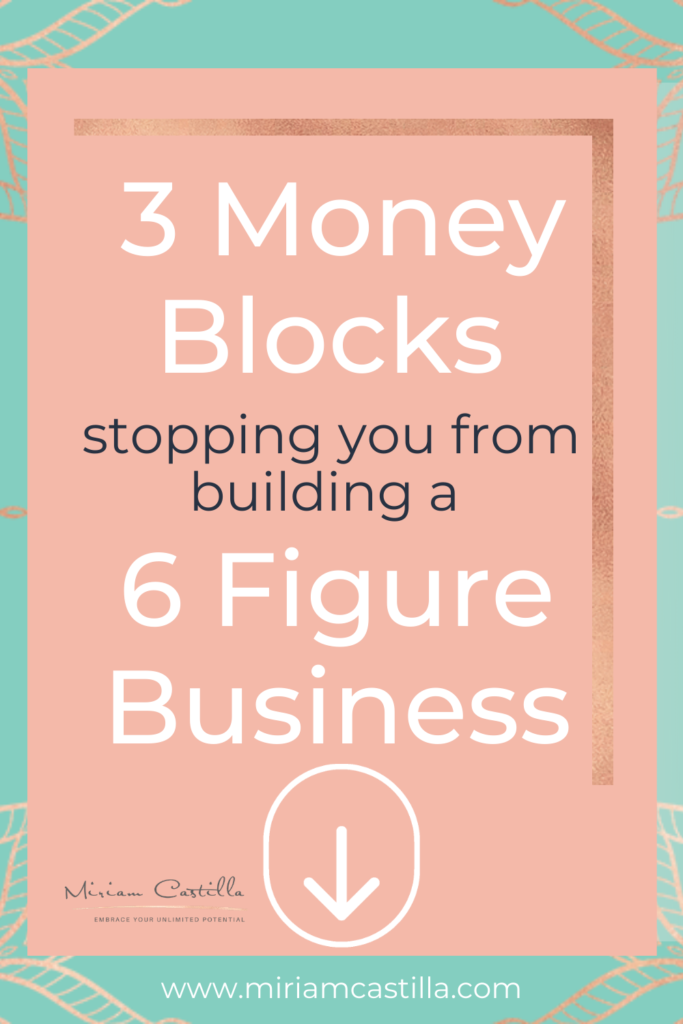 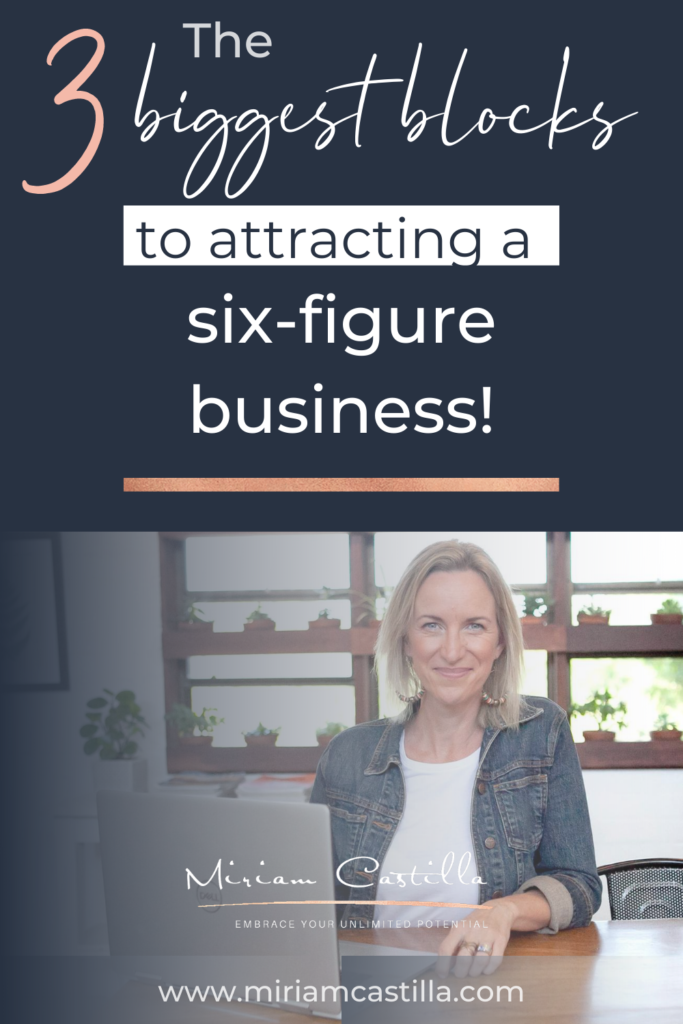 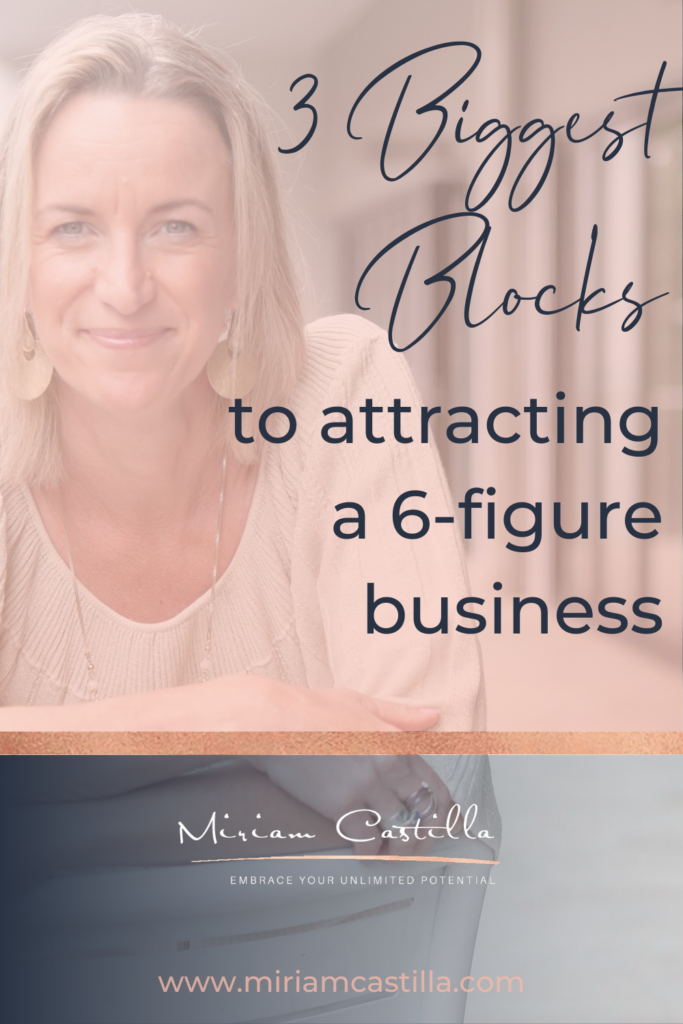 Let’s talk about the three biggest blocks to you attracting and manifesting a six figure business, and for your business to actually be generating six figures plus on a consistent level.

First, because six figures is a symbolic threshold, right? It’s this threshold where you step across from having a business that may be considered a hobby, or not really for your livelihood or your household.

So it’s a real coming of age for your business when it crosses this six figure threshold, and emotionally and mentally, that is a really big deal.

Now, if you’ve come from previously being in a job as most of us have, and then you’ve moved into having your own business and being an entrepreneur, then the biggest issue with the six figure thing and why it suddenly feels different and hard, is because it’s not the same as when you’re earning six figures plus in a job.

You might have come from a career where you earned multiple six figures and you’re really comfortable with that. And now suddenly, you’re in this business, and it feels really weird and hard and it feels like you have to ask people for way more money than you feel comfortable, just to allow you to make that level of income.

So when you get moved into a business, you need to start recognising that it’s just not the same as when you’re in a job. It is different in your business. There are a few reasons for that.

Whereas in a job, you don’t so much have to do that. You’ll go to a job interview, you’ll usually accept the salary that’s offered – which is what most women do, they don’t generally negotiate very well – and then you wait for the pay rises to come through.

It’s easy to just coast along and appreciate the pay rises as they come and let somebody else dictate your worth.

But in your business, it is totally up to you. And this is where those three big blocks come from, the three biggest blocks, generally speaking, that are at the core of what’s getting in the way of women attracting that six figure income in their businesses.

So you can sum them up simply as this:

That’s where the visibility blocks come in. If that’s a limiting belief, then often what happens is that the person who has that going for them – and maybe that’s you or what has been you at some stage – are often unwilling to show up, or they feel uncomfortable about showing up. Showing up as the expert, showing up as somebody who says ‘Work with me, I can help you with that and here’s what I charge for it’. It feels uncomfortable. So not feeling good enough is the number one.

‘I don’t know enough and I can’t offer enough’. And that manifests itself usually in over delivering, in taking on one course after another, after another. Getting all these extra qualifications that you don’t really need because deep down inside, you still feel like you don’t really know enough or what you’re offering is not enough to warrant that level of income, to warrant charging what you’re wanting to charge and that level of energy exchange. So ‘It’s not enough’ is the second big block that causes women in business to not be able to cross that six figure threshold.

So they are the three biggest blocks to attracting a six figure income in your business that I see all of the time.

So I invite you to sit down with that and have a look at which one really resonates for you, and then be willing to do some work around it because that’s the next step. You need to shift your self-image if you’re going to clear that block.

If you’re going to start seeing yourself as good enough, worthy enough and knowing enough, that requires a shift in your self image.

If you’re ready to take that next step, then I invite you to help yourself to my free training that will help you do exactly that.

I’ve linked it below so go grab that now and until I see you next, make sure you keep on embracing your unlimited potential. 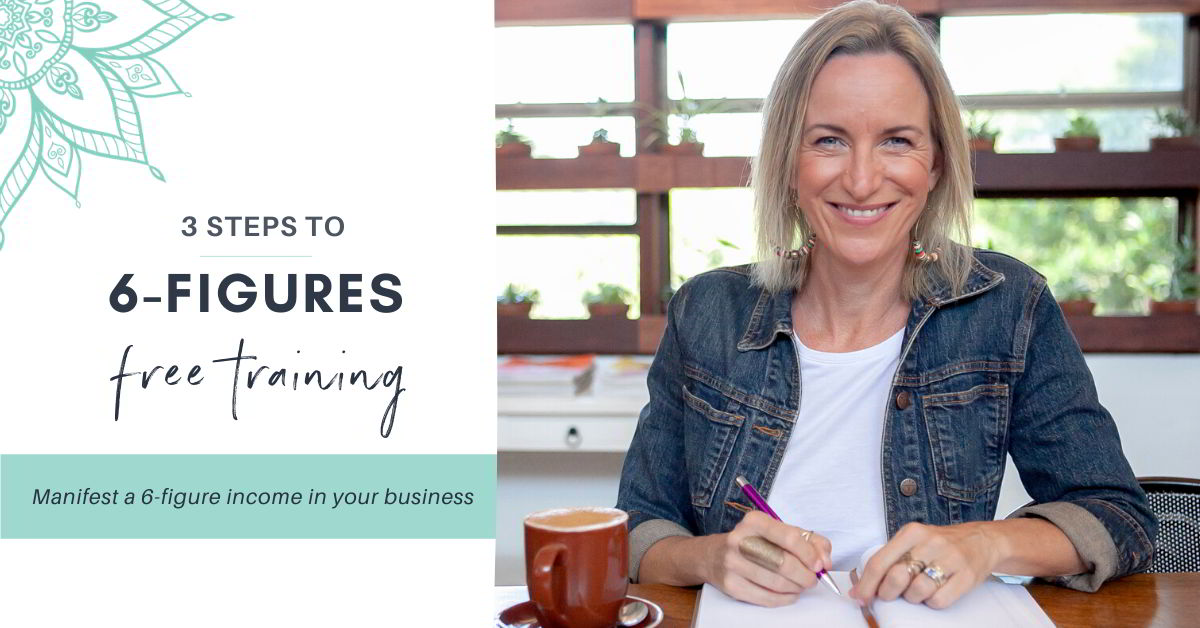