The secret power of acting as if (it’s not what you think!) 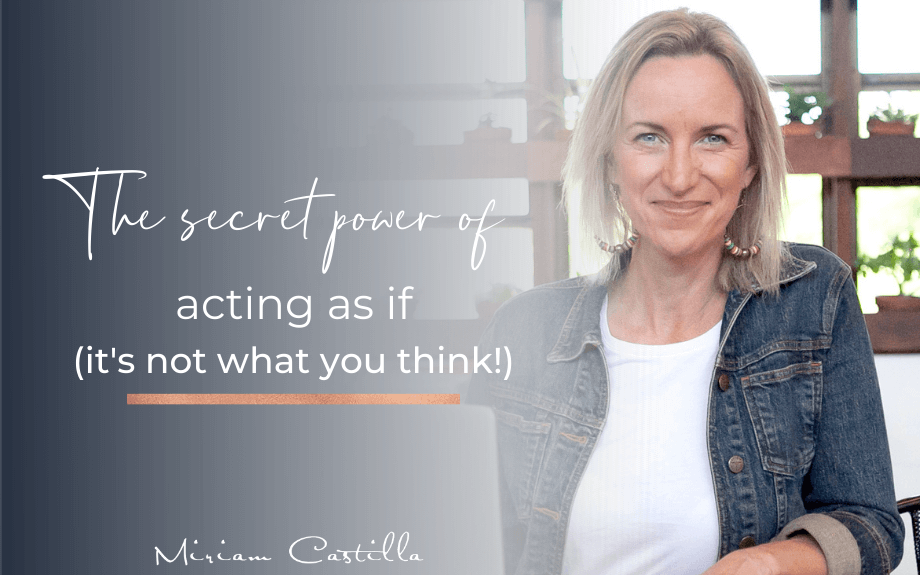 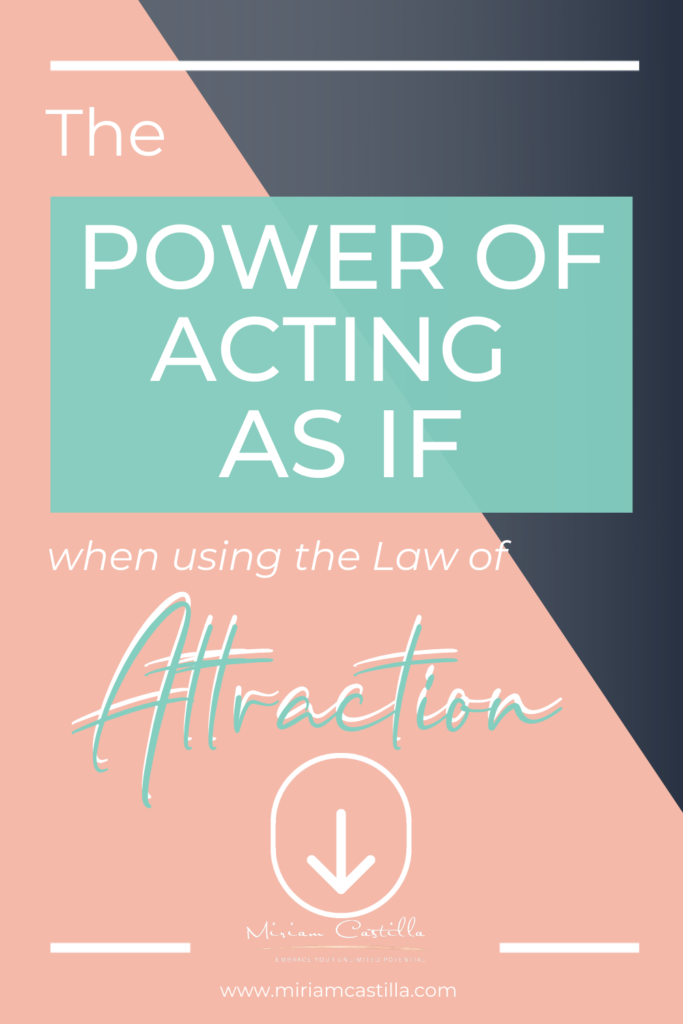 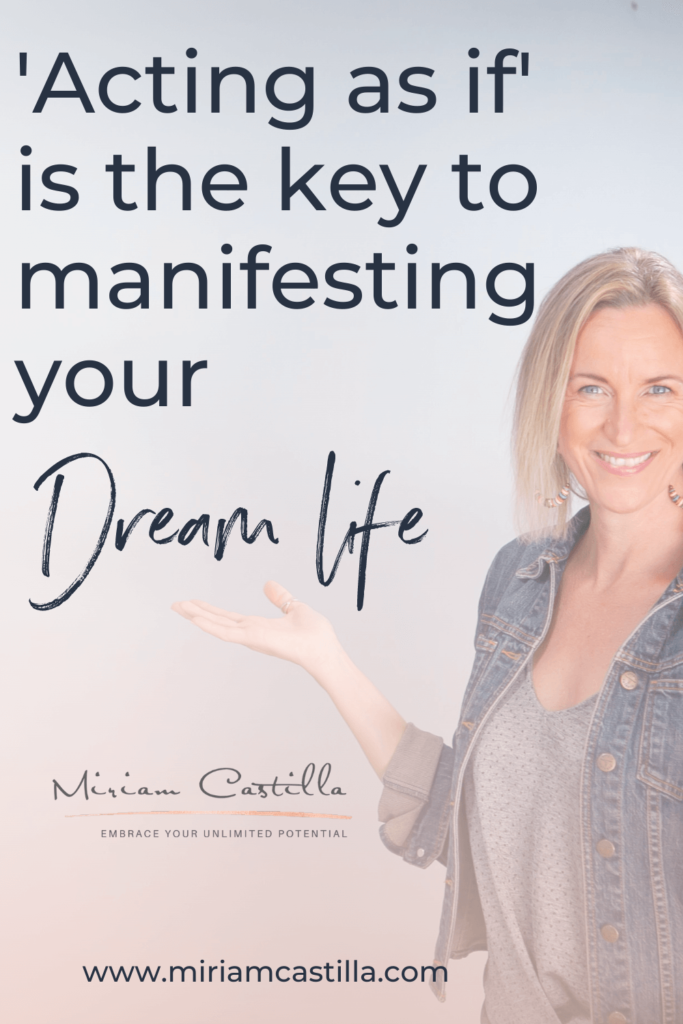 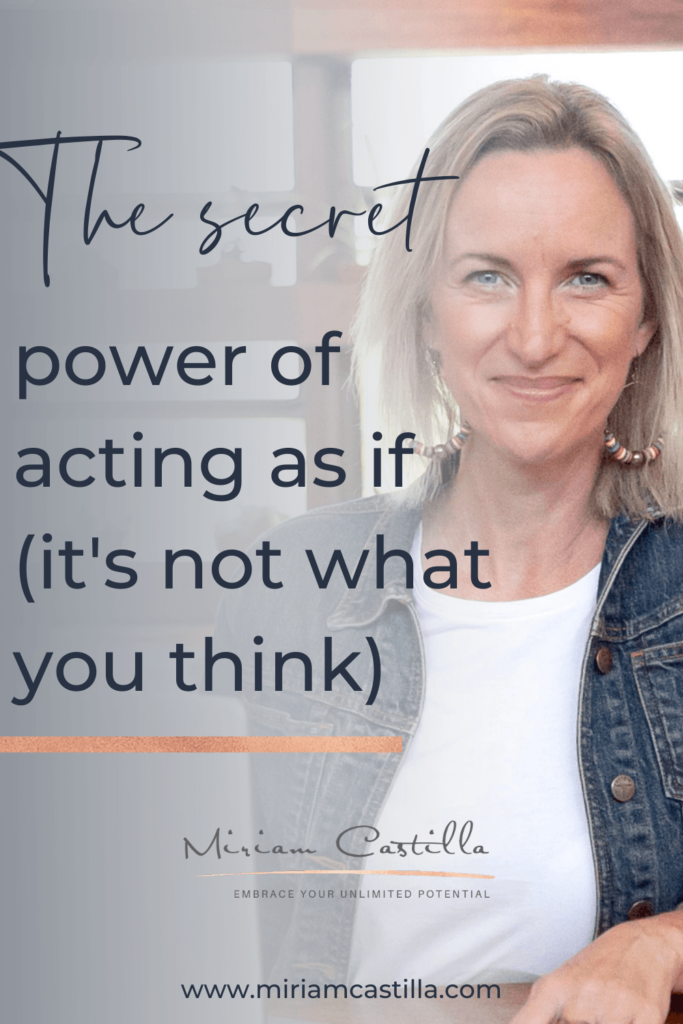 The power of acting as if is not faking it til you make it.

In fact – it’s kind of the opposite.

So I want to know:

Cary Grant is quoted as saying, “I acted like Cary Grant for so long that I became him.”

(And if you don’t know who Cary Grant is, it’s because you’re a lot younger than me.)

It’s genius advice because here’s the thing:
We all go on a journey in life. We start out in one place as a certain person, and then we aim to have the life of this new person that we want to become.

This new life cannot be lived by the same person as the one who is at the beginning of the journey.

This life can only be lived by the person who has created it. Who’s comfortable in it.

So the trick – as with all things I teach – is to start from the inside out.

You have to become that person.

LISTEN TO THE AUDIO:

You have to think, speak, feel and act like that person who has the life you desire.

You have to tap into the power of acting as if.

And then the outside of you can start to fall into place and match that.

Acting as if isn’t about faking it until you make it. It’s not about being fake at all.

It’s about lining up your thoughts, feelings, words and actions, and having them all be congruent. This means that to your nervous system and to the quantum field to which you put out this constant signal, you’re sending a really clear congruent message of, “This is who I now am.”

But you need to start inside, and acting as if is a wonderful way of adding another layer to the work you’re already doing by managing:

Acting as if is very powerful because the way you act directly speaks to the way you think and what you truly believe about yourself.

Just do any little token gestures, such as buying the more expensive cheese at the supermarket or walking up to somebody at a networking meeting, introducing yourself confidently and asking them about themself.

Do something that you wouldn’t normally do, but that that person that you hope to become would totally do every single day.

Pick something as an experiment for the next seven days and start acting as if.

I challenge you to do it for seven days and I’d love to hear what shifts for you, how it helps you become more congruent and feel more congruent with where you’re going, and what happens.

👇 Tell me below:
What’s one small way you can start acting as if today? 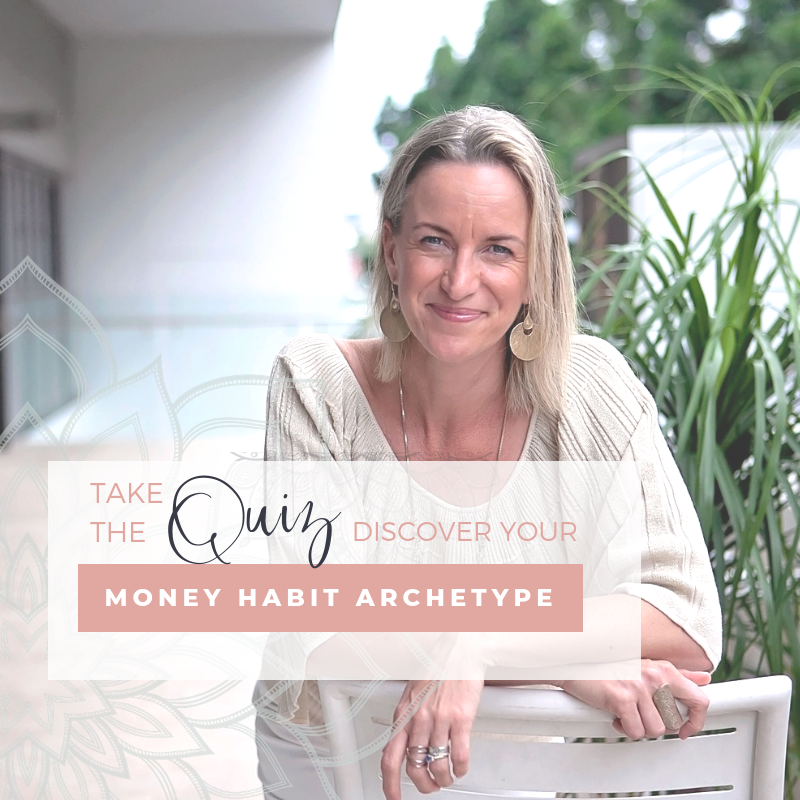 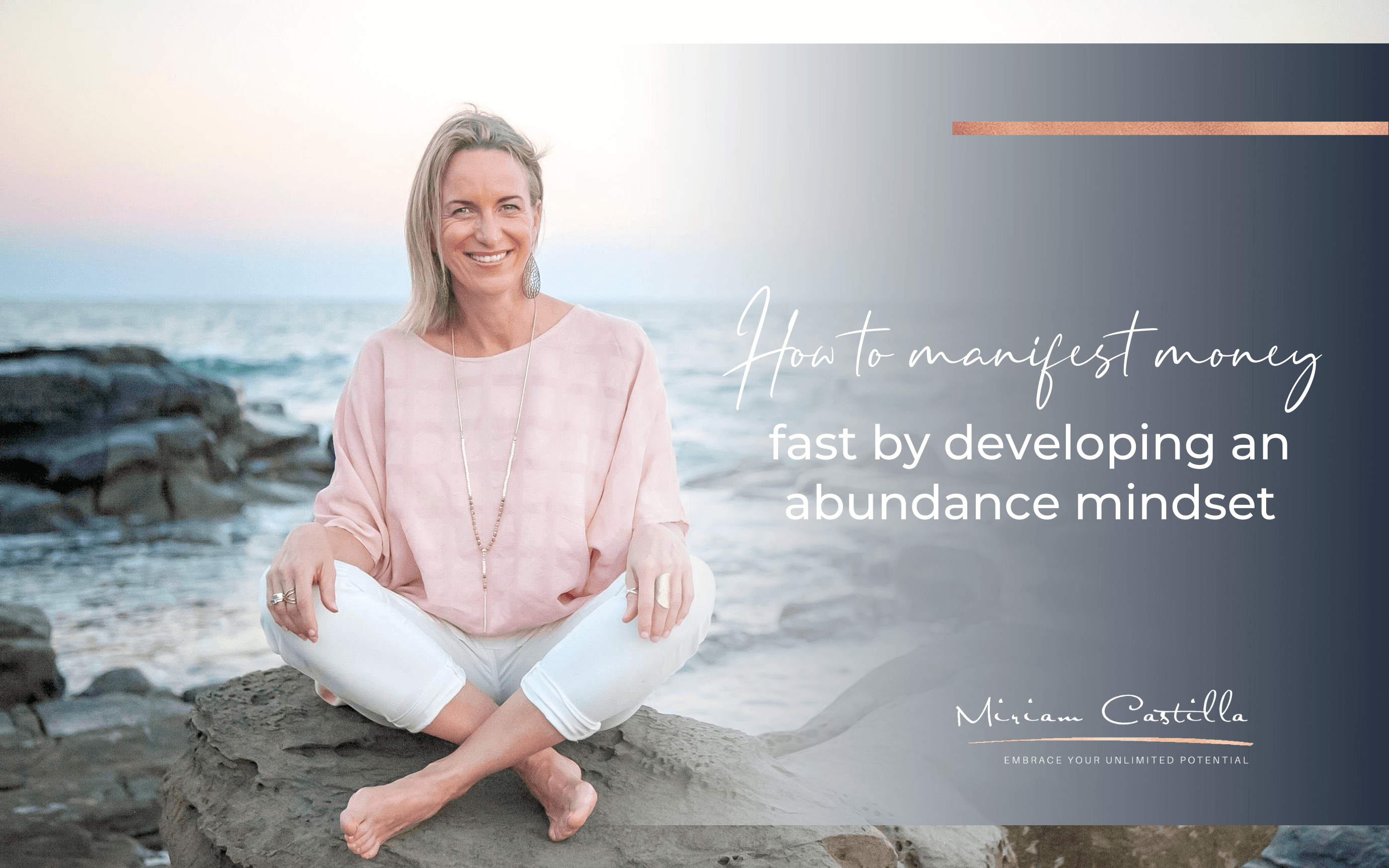 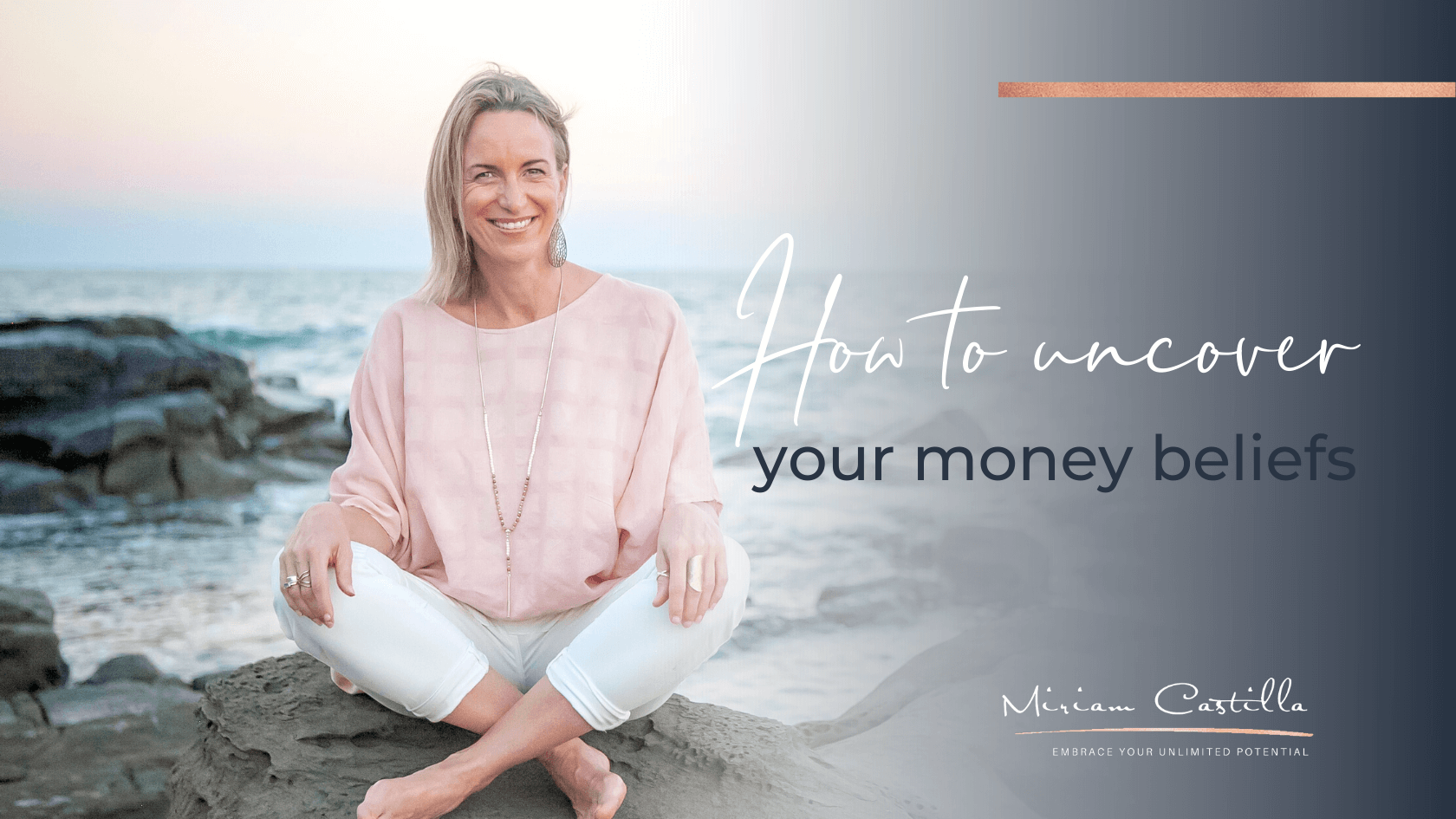 How to manifest money fast by developing an abundance mindset
Click here: https://miriamcastilla.com/087

How to uncover your money beliefs
Click here: https://miriamcastilla.com/089