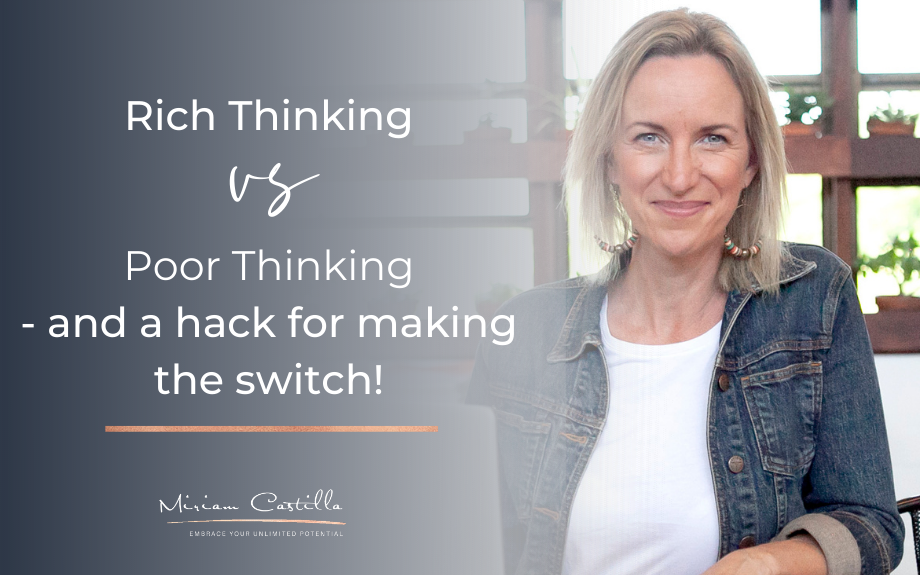 This is really important because the difference between rich and poor really starts in the way that you think.

So today I’m going to give you some examples of poor thinking, including some you may not even be aware of. And I’m also going to share with you a really simple tip to help you get out of any ‘poor people’ habits of thinking – so that you can start making the change and make ‘rich thinking’ your normal.

At my workshops and in my Magnetic Money program, I usually give people a long list of poverty, thoughts – examples of poor thinking. And I ask them to make a note of how many of those they believe, have ever believed, have ever thought or even have told others were true.

And you know what? Most people tick between 80 and 90% of the 50 different limiting negative poverty thoughts (examples of poor thinking) on that list! YIKES!!!

When you consider that we think up to 80,000 thoughts a day, and most of them – like 95% of them – are totally unconscious, you start to realize what kind of poverty thoughts might be swarming around in there.

As a trained hypnotherapist, I’m really aware of just how much we constantly hypnotize ourselves and how much the world around us is constantly looking to hypnotize us. So our job is to choose selectively what kind of thoughts we allow in there in the first place – consciously – before they start becoming unconscious habits of thought.

It’s so critical that we catch this negative thinking – this poor thinking – early, because if you don’t, you really risk hypnotizing yourself into poverty.

Because thoughts that you keep thinking over and over again, they become unconscious patterns in your nervous system. They become beliefs. And then your beliefs all add up to make up your mindset. And all of that will build momentum. You end up getting what you expect.

You always get what you expect.

That is the net outcome of Law of Attraction. All of these thoughts that are swirling around – that are on that same vibrational frequency – become unconscious belief systems. You don’t even realize you’re thinking them, but they’re constantly spinning and emitting a signal. And then the world will mirror that back to you.

So let’s have a look at some really common examples of poor thinking. And I want you to have a look and see how many of these you identify with, whether you’ve heard them or have said them, or believe them. Maybe in exactly the way I’m saying them – or some version thereof, or maybe it’s something your parents said – or was really similar to something your parents said – the message being the same that you heard growing up. We’re just going to cover 12. Let’s see how we go:

Let me know in the comments, which one of those examples of poor thinking really hits home for you?.

Now let’s look at a list of examples of rich thinking:

See how much more empowering these are?

The difference between rich thinking vs poor thinking is worlds apart.

The thing is, it’s not about cliched sounding beliefs because rich thinking versus poor thinking actually happens in all the little moments in life.

What happens when something breaks?

What happens when you get an unexpected, big bill coming in?

What happens when someone doesn’t pay you back or a client cancels?

What are your default thoughts?

Just imagine for a moment that a friend asks you to catch up for dinner. But the thing is, they’re the kind of friend that always wants to go to the most expensive restaurants and order pretty much everything on the menu – including a really lovely, expensive bottle of wine – then expects you to go halves.

What are your thoughts when that friend calls and suggests catching up? How do you feel about it?

The thing is that rich thinking, it’s not about blowing the budget, but it’s about having the kinds of thoughts that demonstrate that you expect to live an abundant life. So we want to stop and interrupt that negative momentum from building.

Because if it builds too much momentum:

Number one, you’re hypnotizing yourself even more into a poverty consciousness.

And Number two, you’re going to start to emanate a stronger and more consistent signal of ‘there’s not enough – people take advantage – my money seems to just flow out – I’m not in control’ and all of that stuff.

And that signal will cause the universe to echo something similar back to you. It will bring you things that reflect that. So we want to put a stop to that negative thought process as early as possible, which means you need to pay attention. You need to be aware and then you need to be able to interrupt that pattern. And we’re going to do it using exactly that: A pattern interrupt.

Now, let me just quickly explain before we go through a demo. A pattern interrupt taps into the way your mind naturally works.

All you’re thinking about now is the pink elephant, right? So willpower doesn’t work. It works for a little while, but then it’s a ticking time bomb because what it does is it creates all this buildup and resistance where unconsciously you’re saying, “but I want to, but I really want to, I really, really, really want to.”

If you’ve ever tried to use willpower to stop smoking, to stop overeating – any habit really – you’ll know that it works for a little while, but then it usually ends badly.

So willpower doesn’t work because of the way your mind works.

But a pattern interrupt absolutely works because it takes advantage of the way your mind works.

So you’ve got this conscious mind, your thinking mind, and that’s pretty clever and a useful little tool. And then you have the unconscious mind, which is this amazing, amazing, super computer that processes billions of bits of information per second. So it’s kind of like having a shovel and a supercomputer.

Your supercomputer is used to waiting for your conscious mind to catch up.

So instead of saying, “No, no, no, I’m not going to have all those negative thoughts because they have repercussions…etc” Instead of saying, “No”, you say “In a minute, just give me a minute because I’m a bit slow. I need some time” And your unconscious mind will not rebel itat that – it’s used to waiting.

So a pattern interrupt is exactly that. You say “In a minute“, and then you distract yourself for at least two minutes. Go and do something totally different – scroll Facebook or Instagram. That’ll usually keep you busy for 15 to 20 minutes, right?

So the pattern interrupt is about delaying and distracting. And what that does is it weakens that neural pathway, that automatic worry cycle that wants to kick in straight away. It weakens that. So it doesn’t automatically kick in as hard next time. And you’ll need to do it a few times over and over. But the really great news is that after those two minutes, even if you go back and you do the worrying thing, you’ve still weakened that automatic pattern in your nervous system.

That’s all you need to do to really start to weaken those old habits of poor thinking. How cool is that?

It’s not really that difficult to break down these old habits and start creating the changes you want.

What you need is some self-awareness, someone to hold up a mirror and then to have a handy little tool that you can easily use. That’s all it takes.

So are you starting to realize that you really do have some consistent patterns of poor thinking going on? Well, it’s time to break that cycle! And the good news is that you’re absolutely ready. You wouldn’t be here reading this, doing the research, finding tools and starting to become aware if you weren’t ready for the next step.

So now it’s just a matter of really building on that awareness, making sure you have some really useful tools and that you know how to use them. So anytime you need, anytime you spot yourself, you know, succumbing to that negative thinking, you can pull out those tools to put an end to that pattern and turn things around.

Now to help you with that, I’ve developed a little system that is super simple and easy for you to use over and over again. It’s what I personally use. It’s what I use with my VIP’s. And it’s what I’ve developed based on years and years of experience. With the Money Blockbuster System, you get to sit down anytime you catch yourself in a bit of a cycle of negative thinking. It helps you quickly identify what that limiting belief is that is causing it and clear it.

It even comes with hypnosis and invitations to join regular live group coaching sessions with me. If you want to check that out, just follow the link below and grab yourself the Money Blockbuster System.

It’s time to embrace your unlimited potential and you’re absolutely ready to take that next step. 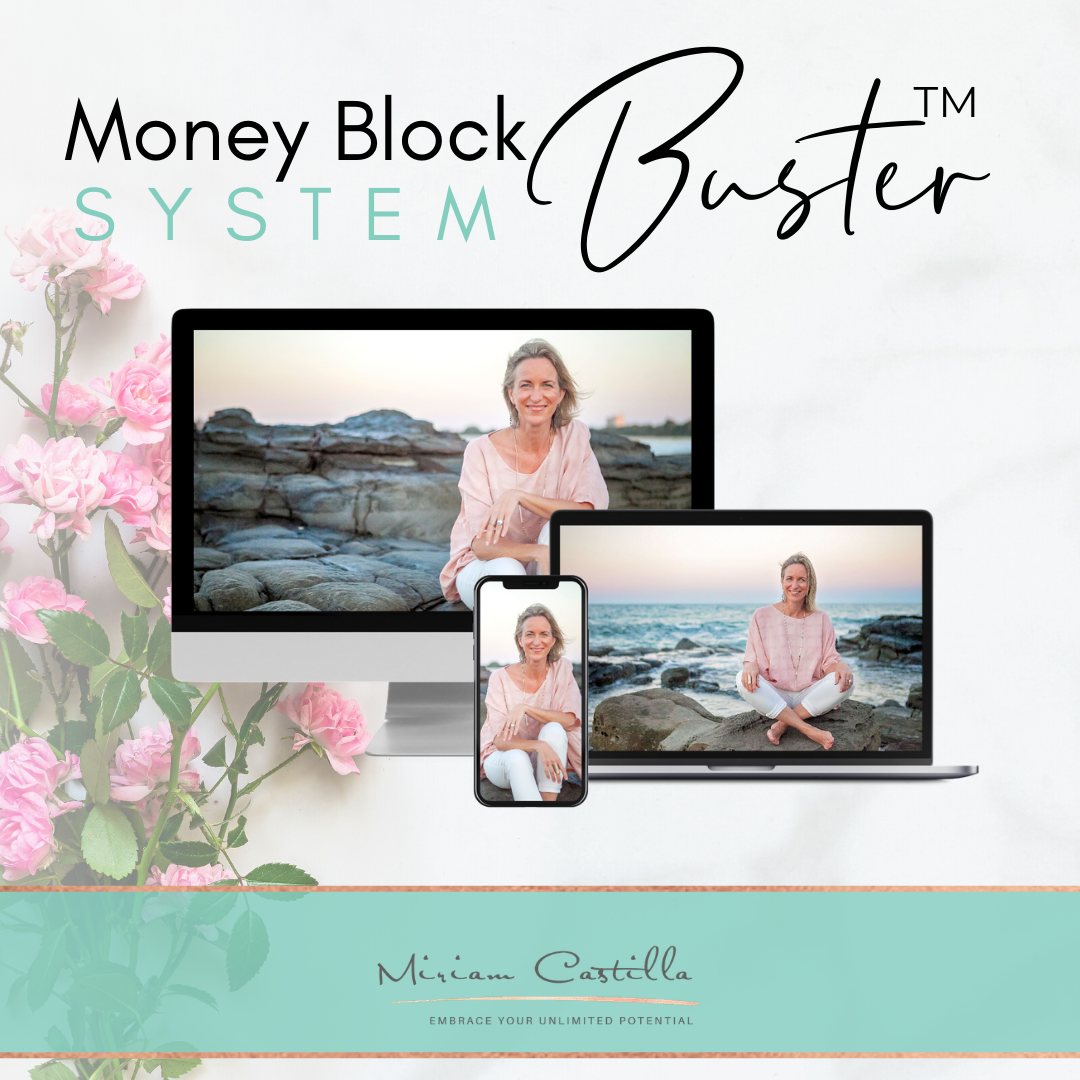 The difference between rich & poor starts with your thinking. Which of these examples do you relate to? https://youtu.be/EEe1dgw3ksM Click to Tweet 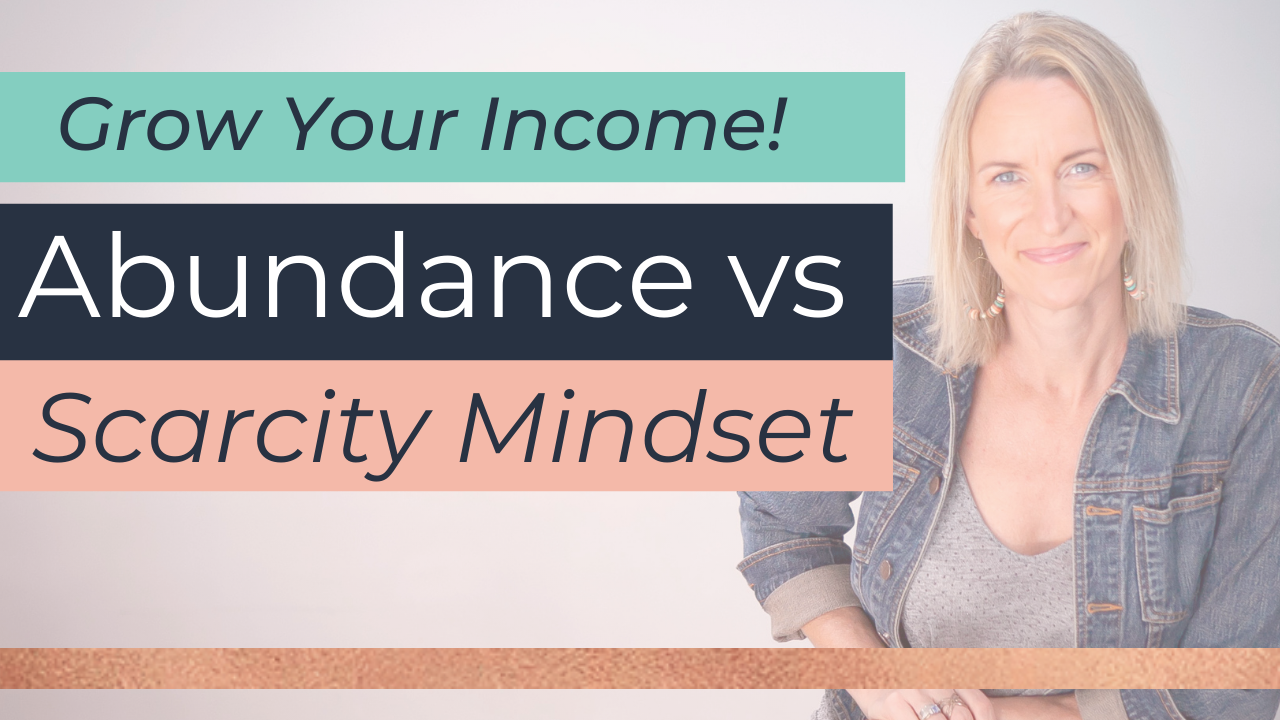 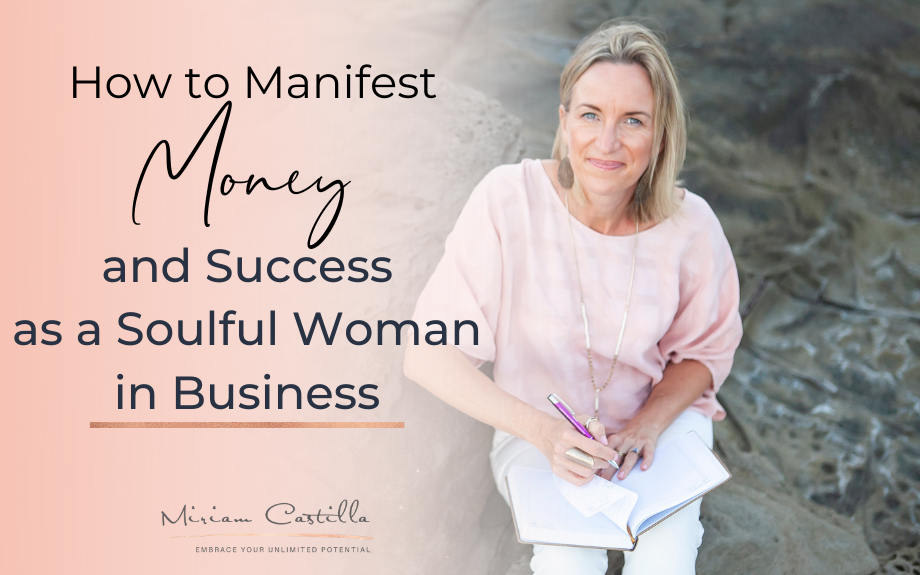